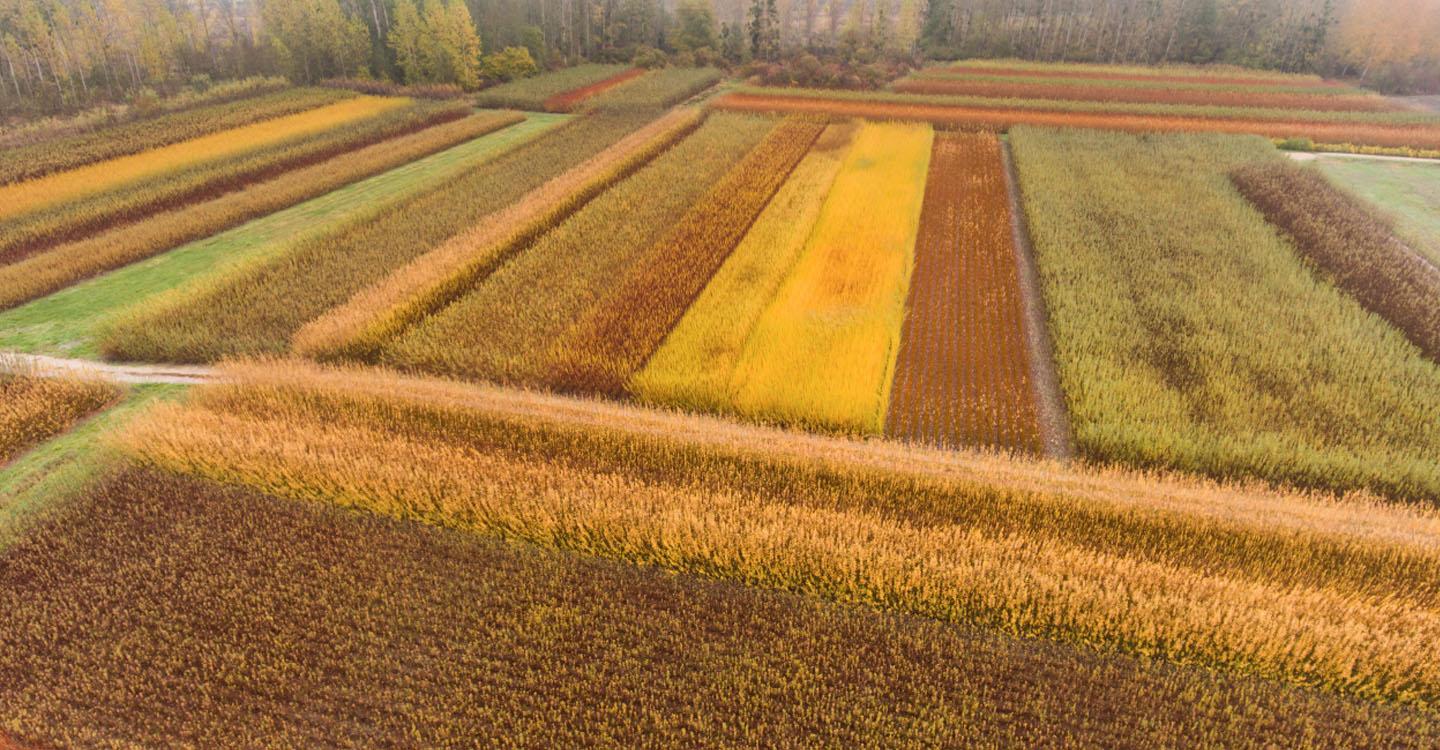 An ancient art, basketry still lives on, especially in Villaines-les-Rochers. Whether it is for baskets or decorations, osier gives limitless possibilities for weaving. On the Park territory, willow growers produce this sturdy and flexible raw material.

In France, there are two main hot spots for basket making, and Villaines-les-Rochers (Indre-et-Loire department) is one of them. It is also at the heart of the most important production of the country. Around 30 willow growers and basket makers live from the art of weaving. Some are independent, others are grouped in a cooperative. Close to the Indre river, the mild climate of the region and the presence of humid troglodytic caves favour the osier production and wicker work in this village of Touraine.

Basketry must not be confused with wicker production, meaning the cultivation of osier. The two activities are linked as osier is the preferred raw material in France. Actually, a lot of basket makers also produce osier.

In the early 20th century, one Frenchman out of 1000 was a professional basket maker. It used to be a widespread profession and folk art. But in the 1950s, industrialisation, the import of cheap products from abroad and the arrival of cheaper synthetic material rings the decline of the activity. It only carries on in Villaines where craftsmen had developed collaborations ever since the 19th century.

Chouzé-sur-Loire and other villages of Touraine have also been hotspots of basketry. It is where the baskets for packing bottles of sparkling wine of Saumur or cognac or else baskets for the transport of oysters, cabbage, … were produced for a long time.

Today, the art of basketry is being reinvented by exploring new production fields such as decoration, fashion or design. Osier has become one of the lighthouse materials of the currently popular vintage and bohemian styles.

On the Loire-Anjou-Touraine Park territory, seven basket making companies have been awarded the “Valeurs Parc naturel regional” label. They earned this distinction for their commitment to nature protection, local and social economy and the well-being of women and men they work with.

If you want to learn more about the culture and weaving of osier, Villaines-les-Rochers is the best place to visit. Half-way between Tours and Chinon, only a few kilometres from Azay-le-Rideau, this small village is the capital of French basketry.

Since 1849, basket makers of Villaines-les-Rochers got together in a cooperative and set up a mutual emergency fund. These initiatives helped to professionalise the sector and maintain its activity, whereas in the rest of France, basketry had started to decline after the Second World War.

The sector undergoes several sever crisis like the replacement of osier by plastic in the late 1960s. Markets become rare and have to be renewed. Luckily, the bakeries of the big supermarkets need bread baskets. They start to order from the cooperative in Villaines-les-Rochers, being the only business able to answer such a demand.

Today, the village supplies almost a third of the national production. Basket makers mainly produce objects for the agri-food and trade sector and start to look into the production of interior design and garden furniture.

Whether you are a craft lover or just curious, don’t hesitate to pass the door of the cooperative’s show room. You will find the wicker museum there; and of course, a shop where every single product is a handicraft masterpiece.

A short story of basketry

Withies might look thin and soft, but once woven, the objects are extremely solid and can carry heavy weight: all kinds of baskets, trunks, seats, …

Basketry is believed to have first appeared in the Neolithic era for transporting food. For centuries, basket makers were also peasants. Basketry only became a profession in the middle of the 19th century.

In the past, basket makers specialised in a single type of object they produced during their whole life. Repeating the same gestures allowed to get better, produce faster and earn more money. Professions like the management of willow plantations (fields for growing osier) used to be passed on from father to son.

In the early 20th century, a school for training multi-skilled craftsmen was founded in Fayl-Billot.

Up to the 1850s, wicker objects were mainly made for life in rural areas; e.g. to pack and transport goods (wine, vegetables, oyster, …). Daily life objects such as baskets were thinner wickerwork and usually woven by women. The Industrial Revolution brings up new needs, such as baskets for handling. But technical progress causes the decline of basketry: wicker packaging is replaced by cardboard and later on by plastic. In addition to this, competition from abroad grows stronger.

Today, a basket maker who wants to live of his art has to be multi-skilled and know how to innovate in order to keep up with the fast-changing trends. Wicker objects are back into fashion, following the general craze for craftwork, natural and handmade things.

Basket makers don’t only use osier as raw material. Weaving also works with cereal straw, wild clematis, honeysuckle, hazel, chestnut, … Nevertheless, willow (osier) still is the most used raw material in France; and this is also true for the basket makers of Villaines-les-Rochers.

Osier grows on willow trees, close to rivers and in marshes. A tree can be “harvested” for 15 to 20 years before being replaced. New withies (osier twigs) grow from April to September. During this time, the willow grower takes care of his plantation: hoeing, weeding…

The first frosts herald the harvest: the osier is cut and sorted. The withies are then classified by size. Once bundled, they are put into a basin to stand in water until Mai. During spring, the withies start to grow again and their buds open. The rising of the sap makes it easier to strip the bark from the branches and reveal the “white withy”. This step of peeling is called “pélerie”. It is hard and long work and used to be done by hand in the past. Today, mechanic and hydraulic machines take care of it. The left-overs (also called “grabottes”) are used for mulching young plants, preserving the soil’s humidity.

Raw withies which have not been peeled are used for weaving objects with a rustic charm.

After peeling, the osier is dried in the sun for several hours before being stored in lofts out of direct light until use. Before weaving, the basket maker soaks the withies in water again to make them softer and easier to work with. 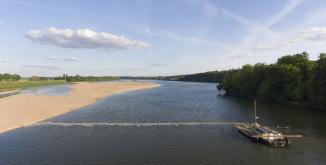 Fishery
Agriculture On the water
The Loire-Anjou-Touraine Park with its many streams is a fisherman’s paradise! Amateurs and professionals practice angling, gear and net fishing. And...
Read more 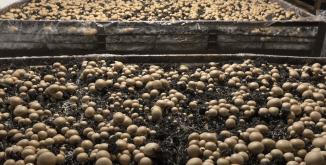 The “champignon de Paris” (white mushroom) has made its way from the Paris catacombs to the humid troglodytic caves of the Loire valley. It is a... 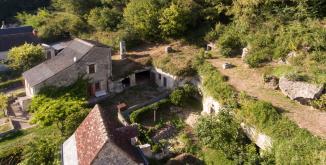